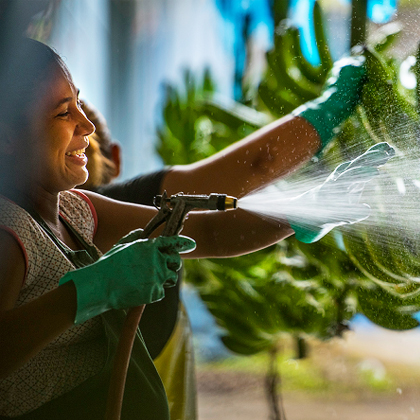 Posted in Uncategorized By adminPosted on April 10, 2019May 9, 2022No Comments on Fyffes utilizes water recycling system

Fyffes is reducing water consumption by 80% with a new water recycling system at its banana farm in Costa Rica.

Dublin, Ireland-based Fyffes has a Costa Rica banana farm — Finca Esmeralda – that is one of the first in Costa Rica to implement a closed-water recycling system. It has successfully reduced water consumption from 200 to 40 litres per box of bananas, according to a news release.

In celebration of World Water Day on March 22, Fyffes described its water recycling system in detail.

Water conservation is part of Fyffes sustainability strategy and contributes to the United Nations Sustainable Development Goal for clean water and sanitation, according to the release.

The release also said the recycling process uses various tanks and stages so water can be reused while maintaining the highest levels of sanitation and cleanliness.